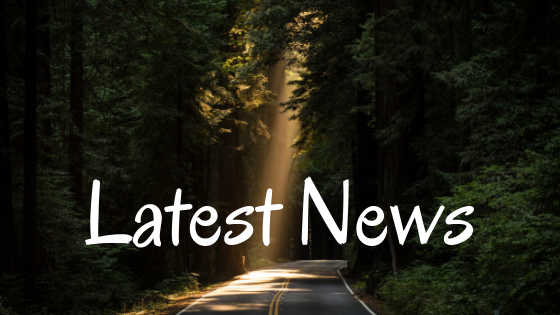 At this very moment I am looking in the mirror and calling myself a dickhead.

Why? Because I deserve it.

The intention of bringing these Latest News features your way was because (1) I wanted to share my latest news with you (if you hadn’t already guessed), and (B) I wanted to post new content up more frequently.

However, if you click ‘back’ on your browser for a second and then scroll down you’ll see that the previous Latest News post was published on April 25th 2018. If you then look at your wall calendar, the lock screen of your phone, or the positioning of the stars in the sky (using this method would be really impressive), you’ll see that we’re now in the middle of June 2019.

Apply a tiny bit of basic mathematics and this leads you to the unavoidable conclusion that my last ‘latest news’ post was more than a year ago.

And therefore my self-accusatory ‘dickhead’ comment is well and truly justified.

But I’m not going to dwell, and instead I’m just going to get this post finished, publish it as quickly as possible, and then make a promise not to be so tardy in the future.

Now, let’s get down to business.

It’s been an exciting time recently at Lossul.com and there’s been a hell of a lot of hard work that’s starting to see the light of day.

Perhaps the most significant is the Meeting the Dull Men of Great Britain concept adventure series. This is something that had been ticking away in the background for almost a year before the first instalment hit the site.

It was an idea that I fell in love with straight away and I was determined to make it happen. But given the number of people involved it took a fair bit of time to get things started and to acquire all the necessary permissions before hitting the ‘publish’ button.

But the persistence paid off and the Dull Men are now well and truly a part of Lossul.com, with three articles published so far.

The first feature, Meeting the Dull Men of Great Britain – A True Story, served as an introduction into the world of the Dull Men’s Club.

The second feature is where shit got real, and Meeting the Dull Men of Great Britain – The Event, saw me hop in the car and drive to northern England to meet the DMC at their dull men’s event in Preston.

But the latest post, Meeting the Dull Men of Great Britain – The Crazy Golfers, is an account of what happened when I had my first face-to-face meeting with two official dull people doing their dull thing. What’s more, I did that dull thing with them too and had an absolute blast while doing it. Ironically, it wasn’t in the least bit dull. 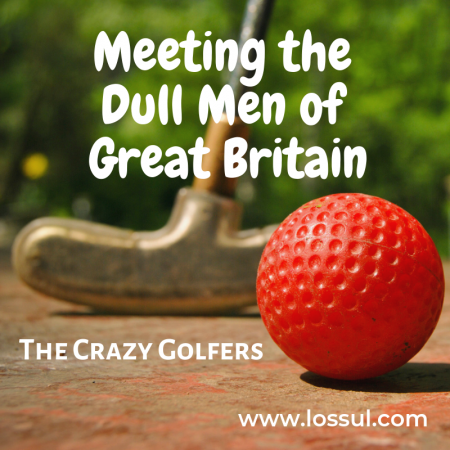 I can also confirm that there have been significant movements with the next DMC article and so I hope to have more news on this soon.

Life has a habit of throwing obstacles and challenges your way, and the past eighteen months have certainly proved this to be the case in my life. Unfortunately this had a significant impact upon the website, and this happened in two different ways.

The second impact is that I got a little bit reflective towards the end of the year and as such there were two articles published in the Life and Personal Development section.

The first, entitled The Truth About Friendships, was a no-holds-barred look at some of the bitter-sweet paradoxical lessons that we’ve all had to learn. They’re lessons that often see us facing the painful reality that some friendships aren’t quite what we thought they were, while also experiencing the warmth of discovering unexpected depth in some of your other friendships. It’s a piece of writing that I’m super-proud of so please do give it a read. 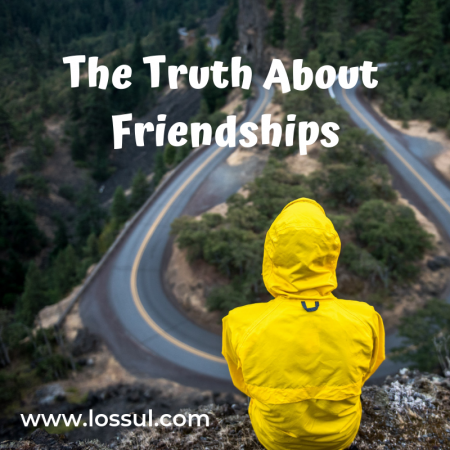 The second article can now be considered out-of-season given that it was all about Christmas. Entitled The Unspoken Side of Christmas, this article looks beyond the stereotypical happy and fluffy Christmas images that we’ve grown accustomed to, and, what’s that? Did I hear somebody say BAH-HUMBUG? Well the intention of the article was actually intended to be something extremely positive, and although six months have now passed since Santa came down our chimneys, it just might be worth taking a read. 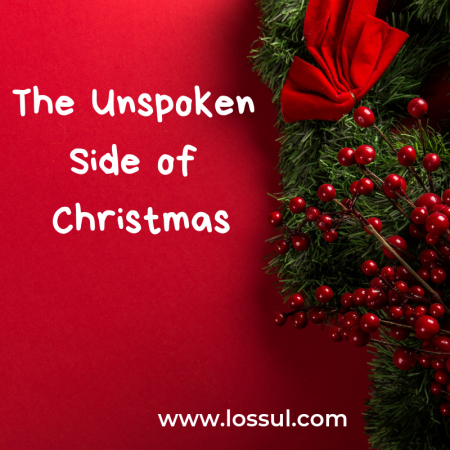 While we’re on the subject of Christmas though, December was an action-packed month. First of all I got to see my favourite band, Muse, play at my favourite venue; The Royal Albert Hall in London. This was the 24th time I’ve seen them and it was nothing short of epic with Muse debuting their “15 minutes of metal” instrumental section. 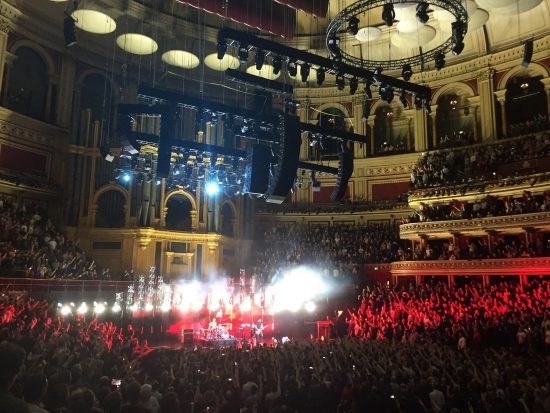 Following on from this I travelled up to Liverpool with my good buddy Kev (who was recently referred to as Luke in one of my most recent posts) to see one quarter of my other favourite band, The Beatles. To see Paul McCartney play at his homecoming gig was a real treat for both of us, and we ensured we made the best of the trip.

On the day of arrival we ventured out on the Magical Mystery Tour which took us out to the homes of John, Paul, George, and Ringo, as well as stopping by a few iconic Beatles locations such as Strawberry Fields and Penny Lane.

Here’s me and Kev at the entrance to Strawberry Fields. 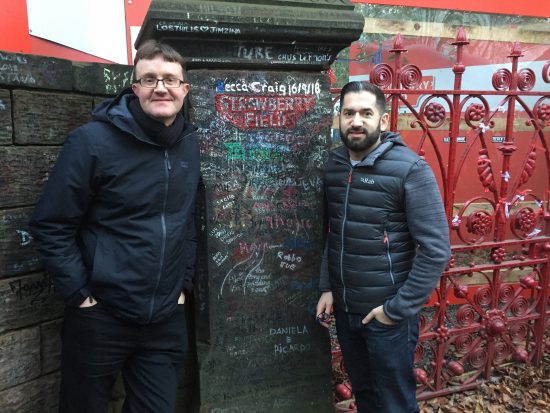 Then at the start of Penny Lane. 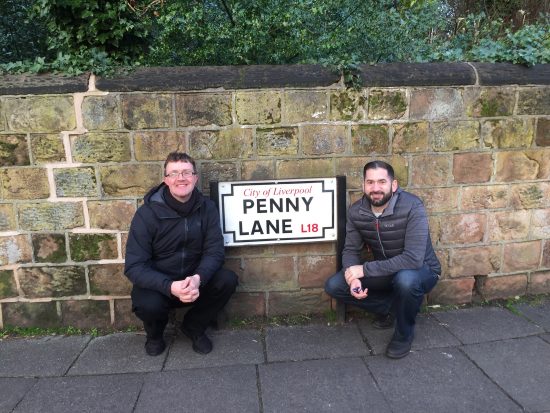 We finished the afternoon with a pint at the Cavern Club before getting changed and heading over to the Echo Arena. Macca played a 40 song setlist over the course of more than 3 hours, and he made one of my long-standing dreams come true as I finally got to experience Helter Skelter played live. For any Beatles non-believers who think they were only ever about sweet songs like Love Me Do and I Wanna Hold Your Hand, I implore you all to go check this song out. And then believe! 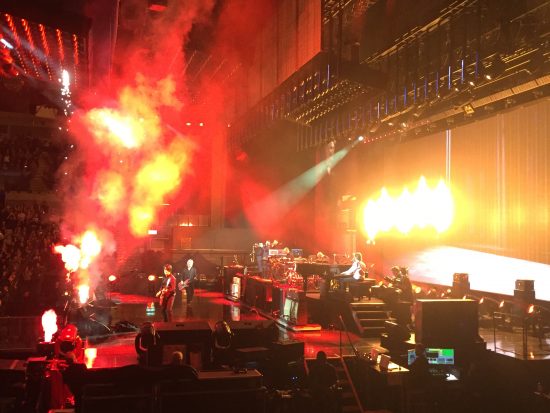 But the fun wasn’t over yet as me and Kev made our way back down to London, returning once again to The Royal Albert Hall. This time it was for something a little more light-hearted though as we got to sit back and enjoy a Live Christmas special of an old TV favourite, Whose Line Is It Anyway? I 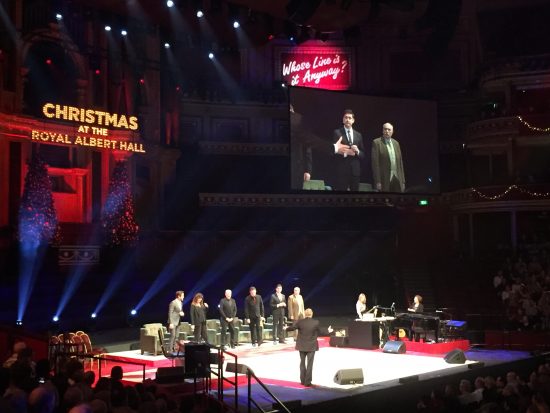 It’s too bad that Ryan Stiles couldn’t be there, but it was a real treat to get to see my old favourite, Colin Mochrie, take to the stage. It was a real gem of an afternoon and a fantastic prelude to Christmas.

Since the New Year I’ve published two ‘people’ features, first of which was with travel photographer and fellow life enthusiast, Chris Gouge. Please do take a read, although I do warn you in advance that it will make your feet start itching for adventure.

And secondly was a gem of an interview with Michele Miles Gardiner, author of the book Craving Normal. As we all go on our journeys through life we meet many different people, finding that we simply get on or we don’t. But amidst these myriad of new introductions can be the rare experience of finding a kindred spirit; two people who just instantly ‘get’ each other. Michele was one such person, and as this interview came together in the space of little more than one week, it felt like we’d known each other for years. On a personal level, it felt like I’d been on my own journey of self-REdiscovery. 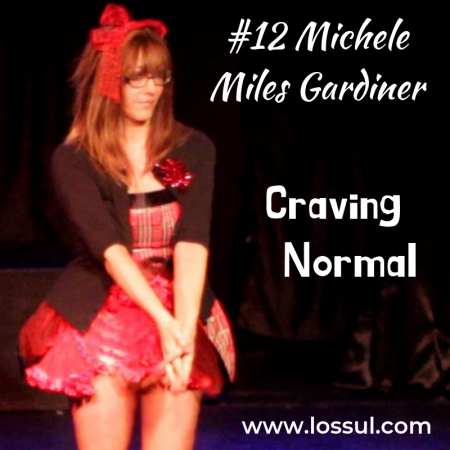 Please do check out this interview and give my new friend a follow. And if you like reading funny and heartfelt stories from the lives of ‘real people’, then you can pick up your copy of the book here. And no, I am not on a commission from book sales – I just like to share things that I really believe in.

While we’re on the subject of people features and interviews, I was recently interviewed myself. Longer term readers may remember a feature that I ran with Andrew of Authentic Traveling. Well Andrew and I have kept in touch ever since and a little while back he offered to run an interview with myself. This took me a little out of comfort zone since it’s normally me that’s doing the interviewing, but I still jumped at the chance.

Andrew did a great job putting this together and you can check out the interview by following this link. 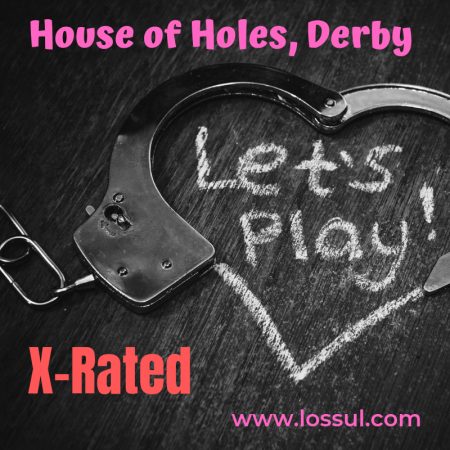 But before I round off this latest news post I just wanted to pay recognition to an incredible display of bravery by one of my best friends.

Bravery can come in many forms. It can come in the form of confrontation, having a difficult conversation that you’ve been avoiding, facing one of your biggest fears, or having the courage to be the person you want to be when the people around you want you to be something else.

But in this particular instance, it’s about doing the right thing when in the line of duty.

At the end of last year I attended the Nottinghamshire Police Awards where my oldest friend Kev received an award for his own display of bravery. Kev (the guy who was referred to as ‘Rick’ in the House of Holes article, and not to be confused with my other friend Kev who was referred to as ‘Luke’ in that very same article – I know, it’s all very confusing) and a fellow police officer were called to respond to a report of a man that had poured petrol on himself and in his relative’s home, and had threatened to assault any police officers who attended.

Despite the threats, Kev and his colleague arrived on the scene to find the man standing in the road, revving a chainsaw and threatening to kill them. As they were unable to use a Taser due to the presence of petrol, it was down to these two men as first-responders to control the scene until back-up could arrive. Once a strategy had been devised the police officers were then able to move to put an overt challenge on the man and arrest him. 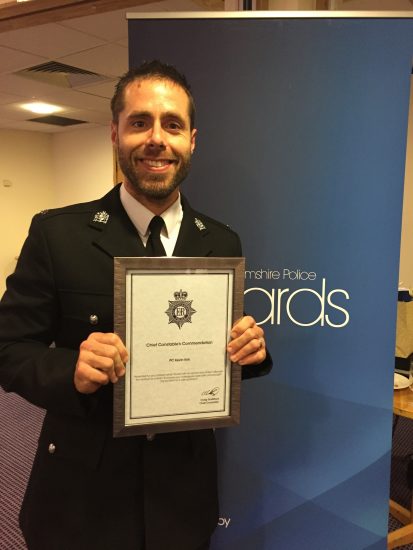 It was a proud moment to see Kev receive his reward; a man who I’ve known since we were just eleven years old. Even though we’ve now (just) entered our forties, I still see Kev as the person I grew up alongside while watching horror movies and playing Nintendo games. While aware of the risks that Kev has the potential to face on a daily basis, I feel immense pride and respect for the ability he has to do his job with bravery and humility.

Congratulations for your reward my friend and thank you so much for letting me attend the evening. 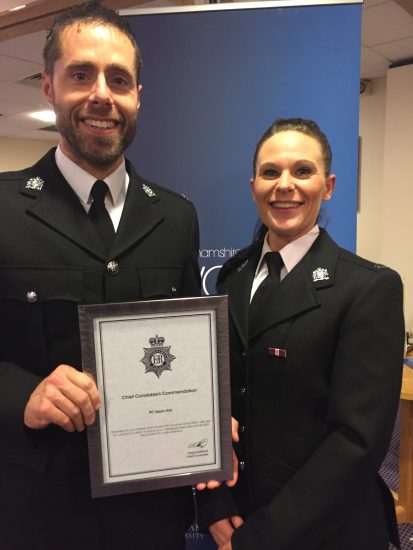 Kev with his wife and fellow police constable, Caroline 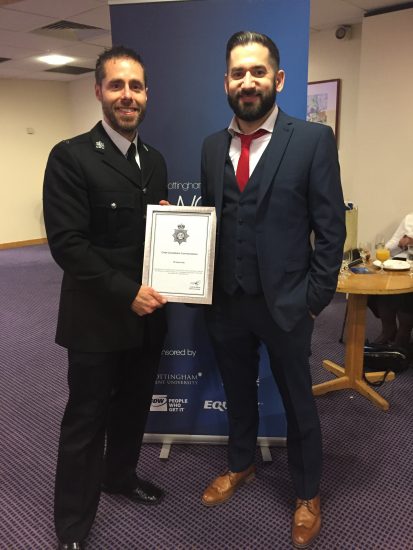 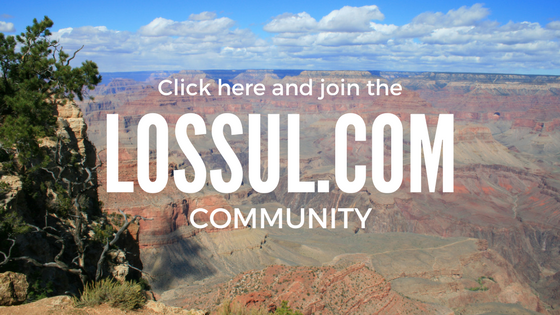